Thanks so much for your overseas servive in our factory, after training, our worker can operate the machines very well.

The price is really reasonable with such good quality. We will buy more later.

Nice to meet you on Canton Fair and thanks so much for all your technical support and training, now we can use the machine very well.

So happy to be your agent here, we will try our best to sell more machines for you. Hope we can establish a long term bushiness relationship!

The 2 lasers we purchased from you folks have been better the we could have hoped for. Thanks so much!

Very fast shipping and well package! The after service is really good !

The special desgin is excellent, meet the high safety request in US, we like it so much. Later, if got new ideas, we will let you design new machines

Really happy to be your partener for so long time.

WUHAN QUESTT ASIA TECHNOLOGY Co., LTD is a leading producer of laser marking, cutting, engraving and welding systems for many different applications with worldwide distribution, drawing on a combined 80 years worth of experience. We also provide all kinds of laser devices applicable to infirmary requirements.

We can custom design and manufacture whole laser systems as well as supplying spare parts. We have wide experience developing laser machines using the best and latest technology as it becomes available. Our goals are to provide innovations and the best technology for laser applications in new fields and to create the best products at attractive prices as well as offering the highest possible level of customer service every step of the way. 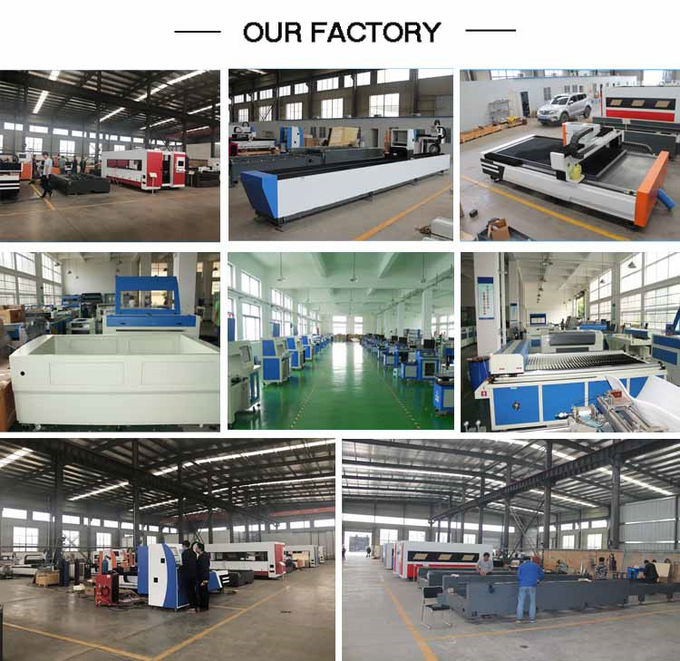 Questt Laser has got belelow certificates, to make sure all the products are in high quality. 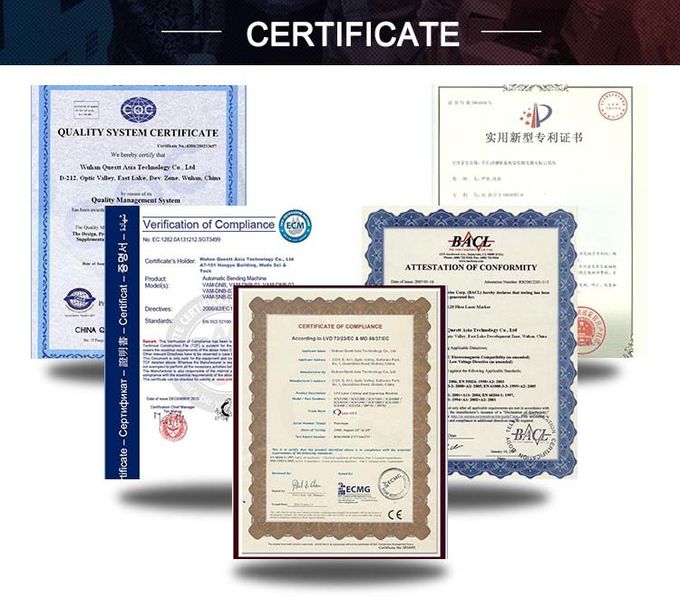 Questt Laser has supplied and installed countless quantities of equipment throughout all Asia, Europe, USA, South America and the Middle East etc, and we are the competent partners of many industrial companies. With customers in over 30 different countries, we are very experienced in export and import requirements, and thus offer prompt response & excellent post-sales service all over the world. 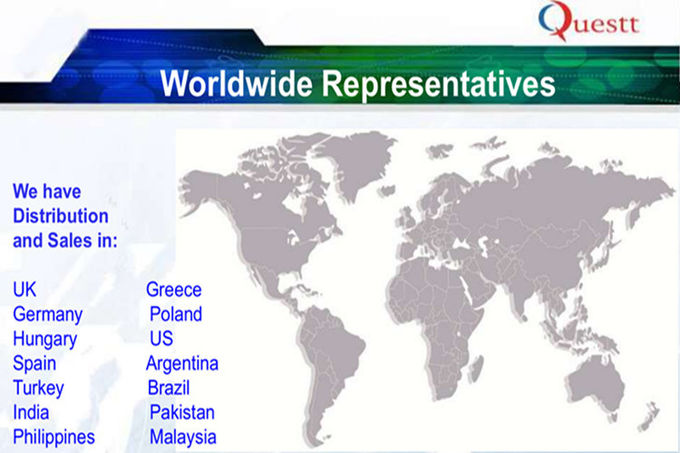 Questt Laser has joined in so many Exhitions and offer oversea service in many countries. 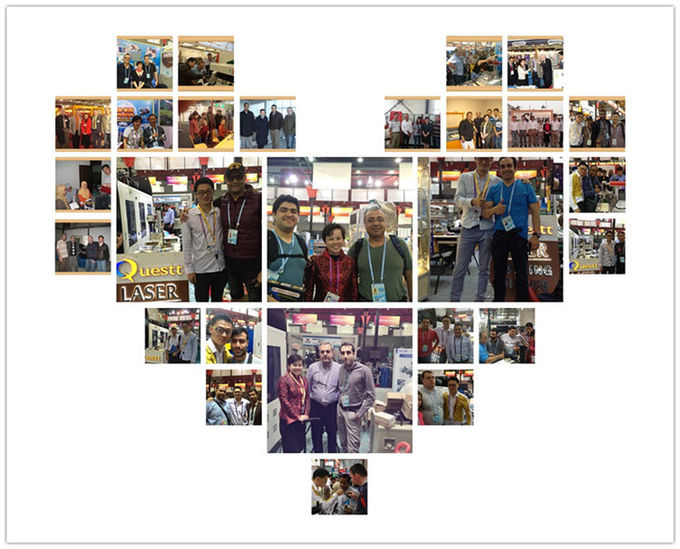 2010, Become the one of most popular laser equipment manufacturers and exporters

2014, Got Self Exporting Certificate

For free sample making/testing, please send your samples or products CAD Graphics to our company in China. Sample shipping back cost should be paid by purchaser.

According to customer’s product processing requirement, we can design the unique solution that supports higher manufacturing efficiency and better processing quality for customer.

Option A. We will supply the machine with training video and user's manual in English for installing, operation, maintenance and trouble-shooting, and shall give technical guide by e-mail, fax, telephone/MSN/ICQ and so on, when you meet some problems of installation, using or adjusting

Option B. You can come to Questt factory for training. Questt will offer professional guide. Direct and effective face-to-face training. Here we have assembled equipments, all sorts of tools and testing facility. Training Time: 7 working days

Option C. Our engineer will do a onsite instruction training service at your site. We need your help to deal with the visa formality, prepaid traveling expenses and accommodation to us during the business trip and service period before dispatch. It is better to arrange a translator for both of our engineer during the training period. Training Time: 7 days

Remark: The charge of air ticket and accommodation will burden by customer side.

Our packing and shipping service 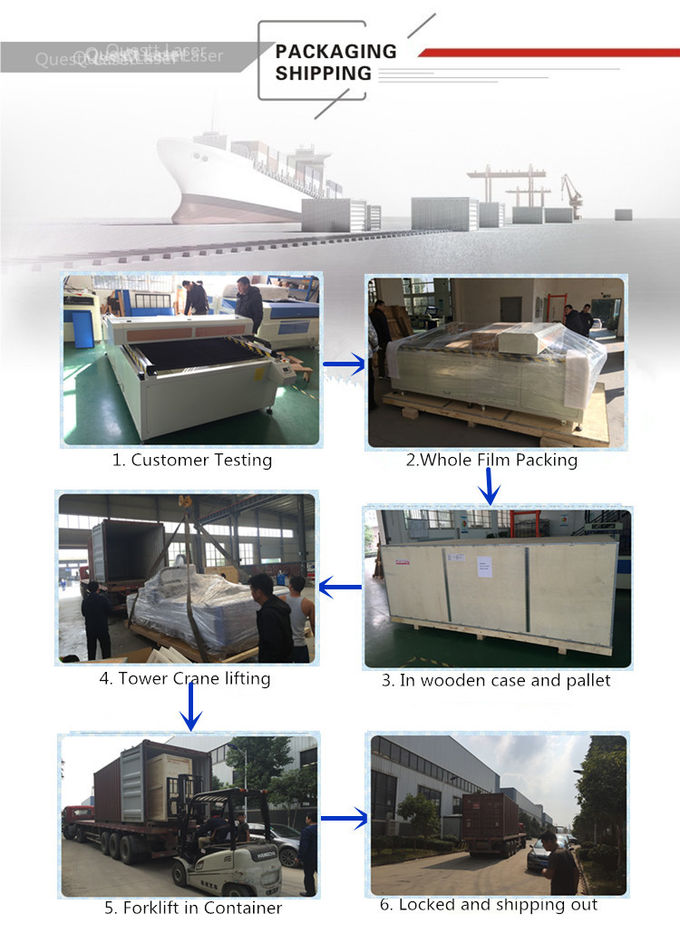 Questt Laser have R&D Dep., QC Dep., After-sale service Dep., Production Dep., and Sale Dep., total more than 100 people. We brings relevant professional top talent and technology together for a highly qualified professional team. The development of software, the design of hardware and the testing for equipment is finished by our professional technicians. 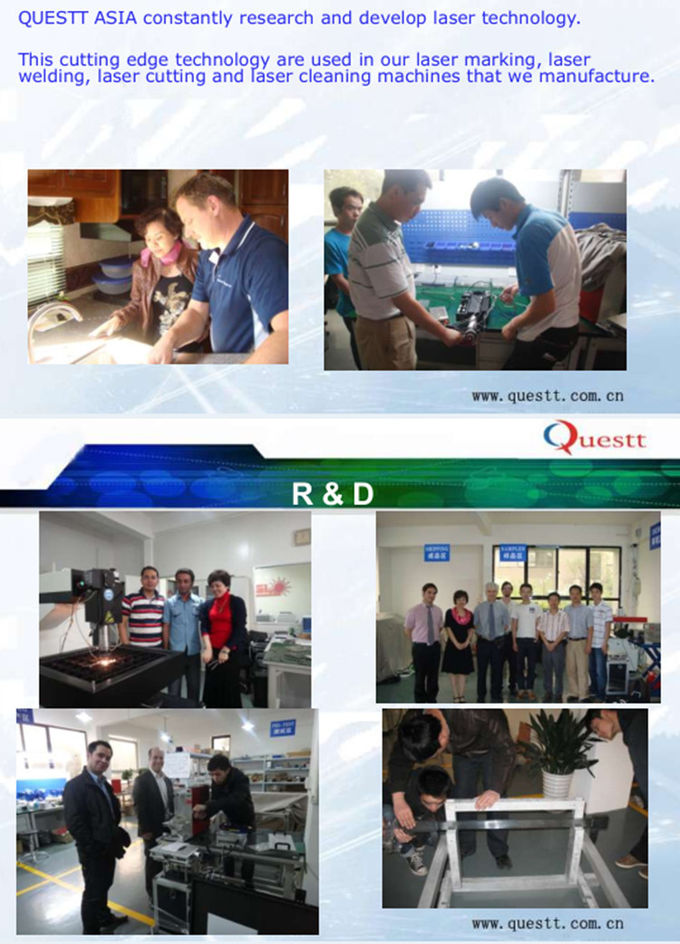 After achieve our goals, we can enjoy the rewards and enjoy wanderful ourdoor activities. 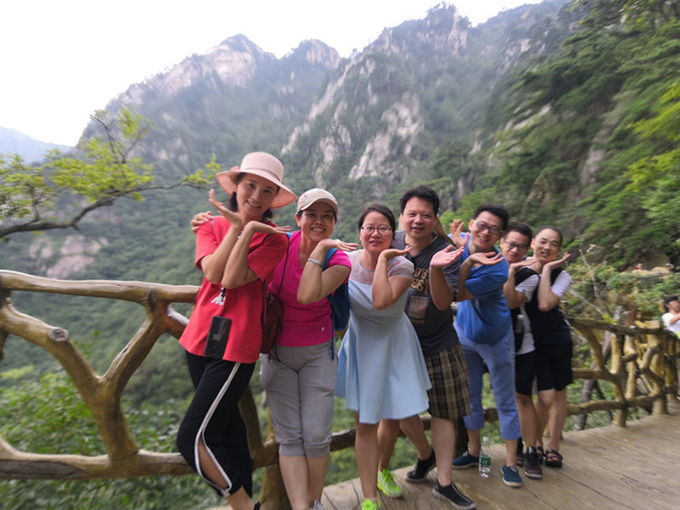